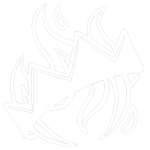 Tall, menacing, and recently resurrected, the Dark Lord has a lot of ground to cover after his 999-year nap. His accursed Nightmare Armor and Cloak of Widow's Wail are easily outclassed by his penetrating stare in terms of sheer intimidation, but it's his beloved Crown of Shadow's Dawn that really brings the ensemble together. Now, where did he put that silly thing...? 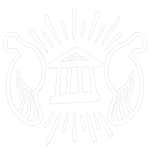 Far from the company of his fellow Wood Elves, Marwood has spent the last few hundred years navigating the labyrinths of human academia. He's definitely made a name for himself, though its mention is often preceded by the words "never work for or with." He's puckered pretty tight, even by elvish standards, which shows through his ornate, impeccable vests, flawless eyebrows, and severe ponytail. Marwood's passion for education and historical preservation is rivaled only by his desperation to keep the museum funded…and his fondness for shouting at Nick. 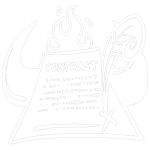 An unstoppable force with a quick wit, great hair, and an unparalleled aptitude for dark magic. Take your standard dark sorceress, then swap the brooding for snark and the standard scowl into a sidelong glance that says "not impressed." Then toss out the rest, while you're at it-- there's only one Mal. Always decked out in a unique set of classy-ass business robes, the museum staff's lone legal representative spends her days dealing with demons and locking down contracts to secure the museum's many precious (and dangerous) artifacts. She'll probably stroll in late, but if you see her coming, get out of her way. If you realize she's coming for you... buckle up. 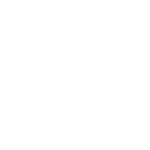 Wrinkled, gristly, and rocking a substantial eyepatch, Abraxas is a veteran of every major battle in Middle Elsewhere's history, according to him. No one knows exactly how long he's been guarding the museum or how old he truly is... Hells, even he's finding it hard to separate fact from self-insert fanfiction these days, but he's certainly not going to let that slow him down. This senior sentry is most often found patrolling the grounds in his lightweight leather armor, testing his many booby traps, and waiting for another shot to head out and acquire a promising artifact. Err, when he's not ranting at coworkers about his glory days, that is. 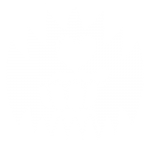 Josephine "the Monster Queen" is acerbic, disheveled, and definitely over it. She finds the museum tedious, but her passion for its killer critters keeps her going. Despite her mildest efforts, she's constantly being overlooked and dismissed by the rest of the staff. She attributes less to stealth and more to her shy, "wallflower" tendencies. You can usually find Jo tending to her many duties in the museum's impressive (and terrifying) menagerie of mythical creatures, wearing her special mithril-lined staff coveralls to survive the daily onslaughts of swipes, bites and stings. 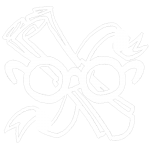 The museum's resident researcher is bald, pale, and perpetually anxious about any number of things he's quite sure you wouldn't understand. Each and every artifact passes his desk on its way into the museum-- a fact that he'll happily remind you of, should you question his authority. He can usually be found in his spacious study, sifting through scrolls while curled up in a fanciful set of robes that may appear strangely familiar to some… (A word of advice: don't ever ask to see his etchings.) 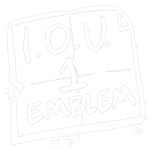 The museum's newest recruit is trying to make the best of a bad situation…or, more accurately, trying to do as little work as possible. Cursed to clean the museum for the rest of his life (or 500 years, whichever's shortest), this shoddy excuse for a thief is always looking for loopholes and fringe benefits. He could probably make something of himself if he actually tried, but who has time for that? (Don't point out the irony, it'll fly right by him.) On the off chance that you actually need Nick for something, just follow the scent of his overdue-for-a-wash staff coveralls, search for his wild mop of hair, and be ready for a lazy excuse. 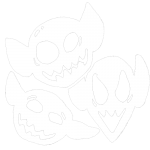 Short. Ugly. Unnervingly eager. These little green terrors are the perfect henchmen, excitedly carrying out the Dark Lord's bidding both out in the open and behind the scenes. You might squeeze some pleasant conversation out of them if you set your mind to it, but you're advised to keep one hand on your wallet and another on your snacking cheeses.